How Will We Use Credit Cards in the Future? 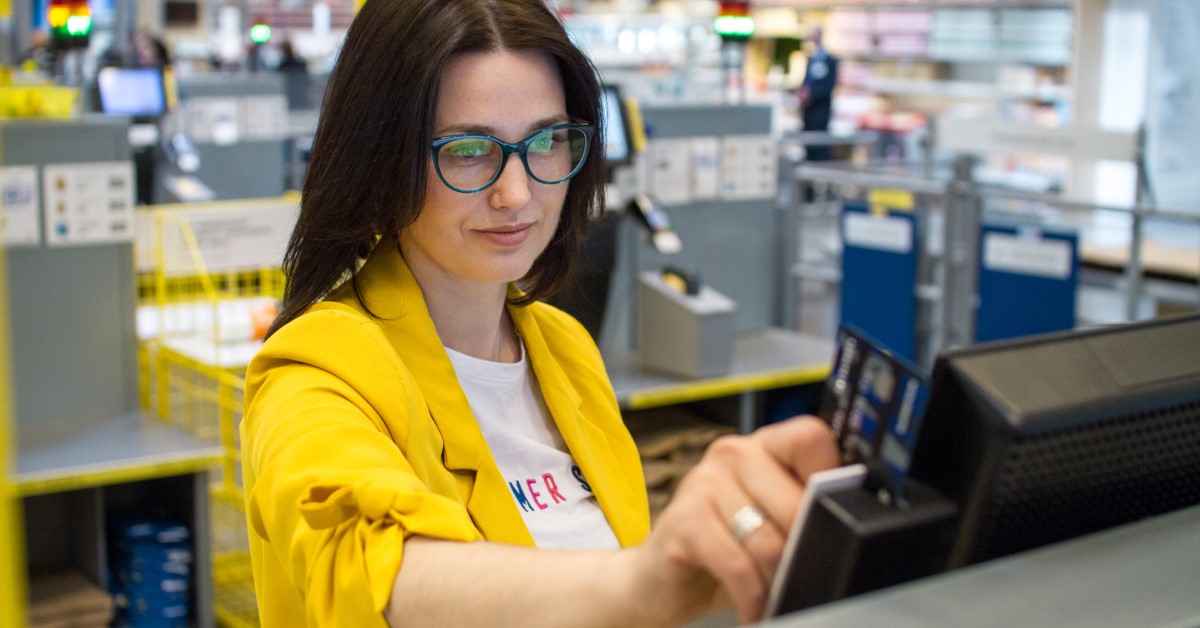 06 Sep How Will We Use Credit Cards in the Future?

Posted at 01:00h in Merchants by Allie Krumel
View the Infographic
Watch the Video

The Future Is in the Cards

The average American has 2.6 credit cards. Credit cards can open the door to many perks and opportunities you might not have access to otherwise – when used responsibly. Cashback and airline points, not to mention ease and convenience, are just a few of the reasons credit card usage is growing at an unprecedented rate.

As technology evolves, experts agree credit cards will affect our day-to-day lives in new ways. Here are just a few of the developments you can expect to see in the not-so-distant future.

Mark Hamrick, a senior economic analyst for Bankrate.com, said he thinks credit cards will pay for car rides — they just won’t be driven by humans. “There are innovations which have yet to take hold, but we generally expect,” Hamrick said. “These include payments for rides given by driverless cars.”

According to an article by Business Insider, experts also see credit cards taking the place of public transportation “swipe” cards. Amnah Sharma, the executive vice president of core products for North America at Mastercard, said “Mastercard worked with Transport for London to establish a system where people can use contactless cards to pay for tube, subway, bus, and some rail travel without having to load a transit card first.”

One development that should have consumers breathing a sigh of relief is smarter cards. That’s because these cards could alert consumers to fraud, and help manage spending habits based on a budget you set. They’ll also help marketers deliver tailored content based on your purchases.

“We can say that cards will evolve with the application of artificial intelligence to create a more tailored approach to redeeming for rewards and coupons,” Julie Sherrier, managing editor for CreditCards.com, told Business Insider.

Another possibility will save room in your wallet – and make cards much more efficient. “You’d literally carry around one card that could charge or withdraw all your accounts,” Richards said. “The card has a secure pin of its own and a display that can show the numbers of the different cards it holds.”

According to the New York Times, cashless transactions are on the rise. And many credit card experts, like Jason Steele, believe credit cards will follow suit after apps like Venmo. “In the future, I believe credit cards will become two-way devices, allowing cardholders to not only make purchases but also to accept payments from people that owe them money,” he told Business Insider. “Payments would simply be credits to their card account … This would allow people to move money back and forth easily.”

Do you press your thumb to the home screen to open your phone? Recently, Visa and Mastercard released credit cards that utilize this same technology, which is called biometrics. Eric Richards, co-founder of a website that compares credit cards, thinks there is more to come.

It’s really too early to tell where this technology could go – but there are many possibilities. “One could imagine, for example, that the holder of a futuristic biometric credit card might be able to get a discount on a gym membership when paying with a card that stored medical history and showed their doctor had prescribed more physical exercise,” Richards said.

One thing is certain – credit cards are here to stay, and will continue to develop in new and exciting ways. What do you see credit cards being used for in the future?

Does your current processor help you understand the ins and outs of the process? Do they provide great rates and excellent customer service? Are they being pro-active about helping you reduce your risk, increase your savings, and offering solutions to grow your business? Let’s talk about creating a true business partnership that will help you meet and exceed your goals for accepting credit cards and other payments. We make accepting debit cards and credit cards convenient, safe & affordable.

–  Live operator when you call support – no automated voice systems
–  Dedicated Relationship Manager for questions and concerns
–  Quick response time for your questions and concerns; you are a priority
–  Family owned since our founding in 2002
–  A+ BBB rating
–  90% + Customer Retention Rate
–  Proactive contact with every merchant to walk through the annual PCI process
–  In-house PCI Team to assist with questions and concerns
–  Solutions including terminals, virtual terminals, e-commerce, mobile, and point of sale
–  EMV compliant products
–  Reporting for customer, sales, and inventory management
–  Gift and loyalty card programs
–  Easy-to-read statements
–  Transparent pricing
–  Tremendous savings